If it’s your first time getting your actor headshots or refreshing them, there are a few things to consider to ensure the photos accurately represent you and your brand as an actor.

Some of the key things to consider include:
Clothing: Choose clothing that is simple, neutral, and well-fitted. Black, white, blue, grey or any block colours work great.
Round / v-neck clothes are great to show the neck line but I also love a high-neck to focus on the face. Bring them all!

Try to avoid clothing with busy patterns or bright colours as these can be distracting. Bright reds and green clothes can also cast colour onto your skin which we try to avoid (but I love emerald green and mahogany).

Makeup: Make sure your makeup is natural and enhance your features. If you have chapped lips try some non glossy lip balm.

Try to avoid wearing sunscreen on your face as it might be too shiny/reflective and try to avoid heavy or overly-done makeup, especially heavy / fake eyelashes that can turn toward the corner of your eyes.

Body Gestures: We usually shoot mid-body / upper body and focus on your face, I usually shoot with shoulders back and strong posture and avoid tilting of the head (unless of course, you want to portray this kind of character).

Facial Gestures: Try practising different expressions to showcase the emotion/personality of a character in very subtle changes in the face.

Sometimes micro-movements in the eyes, eyebrow/forehead, jaw and the way you purse your lips make a big difference to the image.

Background: We usually shoot on a plain and simple backdrop that doesn’t distract from your face. Usually, we shoot on black and white backdrops and if time allows – something outdoors for something different and urban/gritty.

Lighting: I usually shoot using natural/available light which is evenly distributed across your face.

Overall, the goal of acting headshots is to present yourself as a professional and versatile actor.

Some examples of characters people have pre-determined before the shoot are;

Jane was hoping to achieve a strong / police/investigator character (left) and a meek/ housewife character (right). There is very a very subtle change in Janes’s eyes and lips in these images as well as a deliberate change of clothes and backdrop, hair and make up.

Travis wanted to update his headshots after cutting his hair short. He was after some natural headshots outdoors.

The image on the left feels like a hero/police character, the middle image feels like it’s more open and warm – possibly a father figure/teacher character and the image on the right feels stern and uncertain if Travis is the good/bad guy. 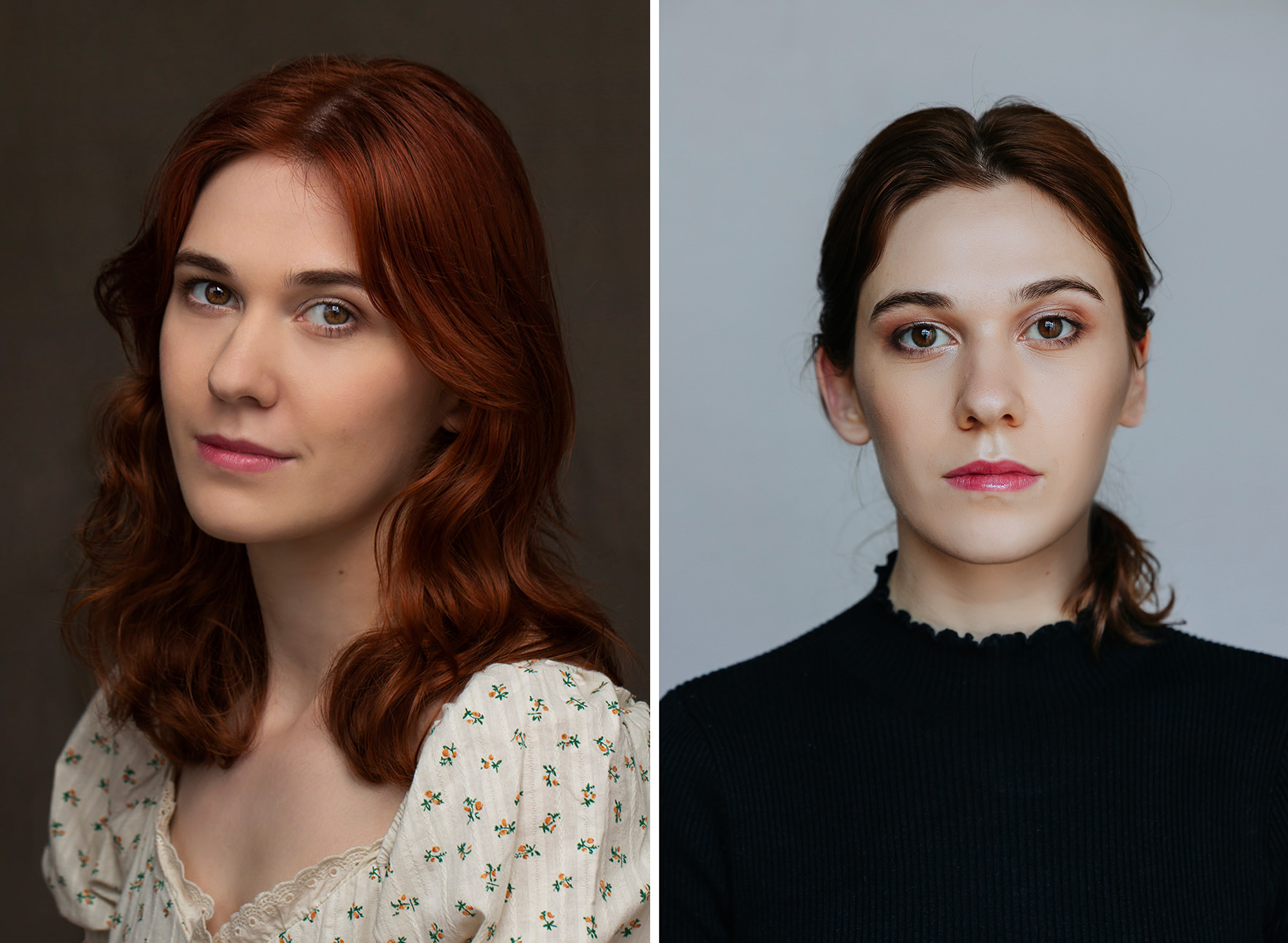 These images of Paige were taken one year apart. The goal of the first shoot (left) was to have headshots on hand to apply for roles in a period drama (which she was cast in a few times using these headshots). The backdrop and clothes were deliberate for this look, as was the dramatic lighting and we experimented with the head tilt, smile and softness in her jaw and eyes until it felt right.

The second image was to update Paige’s folio with brown hair, but we also wanted to include a strong female character in her folio if she wanted to apply for those roles.

Boima wanted something cool and different. We photographed these in Brooklyn New York towards the late afternoon when the sun would cast some long shadows.

My favourite image of @eddiebthe3rd from the Googl

Two of the three

Some behind the scenes photos of a recent shoot fo

@paigejoustra asked if we could do a 30’s look i